Apostille and Legalization of Documents

What is an Apostille?

An Apostille is a certificate, issued by a regulating agency, that can be used to prove the authenticity of a notary public’s signature and/or seal.  The concept comes from The Hague Convention of 5 October 1961 Abolishing the Requirement of Legalization for Foreign Public Documents.  This treaty, as its title implies, was drawn up to simplify the process of certifying foreign public documents (though it does not apply to diplomatic and commercial documents).

Each participating country designates the people or agencies with authority to issue Apostille certification (in the United States, it is usually the Secretary of State of whatever State the Notary Public practices in).

Is There Apostille Certification in Canada?

What is the Canadian Equivalent of Apostille?

Because Canada does not have Apostille certification, public documents must undergo a three step process of 1. notarization, 2. authentication, and 3. legalization in order to be usable in foreign countries.

Notarization, Authentication, and then Legalization is a process designed to relieve foreign authorities from the burden of having to verify the authenticity of the documents with which they are presented.  In other words, the person who wants to use a Canadian public document outside Canada must have some official proof from that the document is an authentically legal document before he or she presents it to a foreign court or other authority.

The authentication process is carried out by a designated government authority.  In Canada, the primary federal authority designated to carry this out is Global Affairs Canada. (See ​https://www.international.gc.ca/gac-amc/about-a_propos/services/authentication-authentification/step-etape-1.aspx?lang=eng for more information).

In Ontario, authentication is done by the Official Documents Services see https://www.ontario.ca/page/authenticate-document-use-outside-canada for more information.

The rules of authentication and legalization, vary depending on the country and the situation.

You should check with the consulate or embassy of the country to which you are traveling, and find out what documents you need to bring with you and what kind of authentication they require.

You should also find out whether the country will require a particular document to be translated into its own language, in which case you will have to notarize a translated version of the document and get that translated document authenticated and legalized as well.

You should also, find out, from the consulate or embassy, whether the country requires authentication by a federal or provincial authority.

The authority will issue a certificate of authentication for the document, which is attached to the document to prove that the notarization is genuine.

The consulate or embassy certifies its recognition of the fact that the document is an authentic, usable legal document, it is eligible for use in that country.

Once all this is done, you will have the original document, the certificate of authentication, and the certificate of legalization.  All of these must be in your possession for the document to be usable in the country to which you are traveling.

Please note, the process of authenticating and legalization may note be required if the person or institution requiring the notarization is prepared to accept a notarized document without authentication. 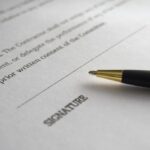