© Queen’s Printer for Ontario, 2006.
This is an unofficial version of Government of Ontario legal materials.

* The following amendments have not been consolidated into this document:

See Source Law for text and commencement of above amendments.

*This notice is usually current to within two business days of accessing this document. For more current amendment information, see the Table of Public Statutes – Legislative History Overview.

(1) Any person, other than a barrister and solicitor, being a Canadian citizen, who is desirous of being appointed or reappointed a notary public, is subject to examination or re-examination, as the case may be, in regard to his or her qualification for the office by a judge of the Superior Court of Justice in the area in which he or she resides, or by such other person as may be appointed in that behalf under the Public Service Act, and no such person shall be appointed or reappointed a notary public without a certificate from such judge, or such other person, that he or she has examined or re-examined the applicant and finds him or her qualified for the office, and that in his or her opinion a notary public is needed for the public convenience in the place where the applicant resides and intends to carry on business. R.S.O. 1990, c. N.6, s. 2 (1); 2001, c. 9, Sched. B, s. 10 (2); 2001, c. 9, Sched. B, s. 10 (3).

Subject to subsection 2 (2), a notary public has and may use and exercise the power of drawing, passing, keeping and issuing all deeds and contracts, charter-parties and other mercantile transactions in Ontario, and also of attesting all commercial instruments that may be brought before him or her for public protestation, and otherwise of acting as is usual in the office of notary public, and may demand, receive and have all the rights, profits and emoluments rightfully appertaining and belonging to the calling of notary public. R.S.O. 1990, c. N.6, s. 3.

(2) Where a notary public is authorized by any Act of the Legislature to administer oaths or to take affidavits or declarations in Ontario, it is not necessary to the validity of any such oath, affidavit or declaration that he or she affix his or her seal thereto. R.S.O. 1990, c. N.6, s. 4 (2).

(2) Any person whose appointment expires under subsection (1) may be reappointed from time to time for a period of three years on producing a fresh certificate under section 2. 2001, c. 9, Sched. B, s. 10 (6).

Indication of expiry of appointments

(3) Every notary public to whom this section applies shall indicate, by means of a stamp approved by the Attorney General or by his or her delegate under subsection 1 (2) and affixed under the notary’s signature, the date on which his or her appointment expires and any limitations as to territory and purposes that are contained in the appointment. 2001, c. 9, Sched. B, s. 10 (6).

(1) Every notary public who as such exercises any power, performs any function or acts in any way that is not authorized by this Act or that he or she is not otherwise by law entitled to exercise, perform or do is guilty of an offence and on conviction is liable to a fine of not more than $2,000. R.S.O. 1990, c. N.6, s. 6 (1).

Revocation of appointment on conviction for offence

(3) Subsection (2) applies whether the appointment was made by the Attorney General on or after the date on which section 10 of Schedule B to the Government Efficiency Act, 2001 comes into force or by the Lieutenant Governor before that date. 2001, c. 9, Sched. B, s. 10 (9).

The Lieutenant Governor in Council may make regulations,

(a) prescribing the fee to be paid upon appointment or reappointment as a notary public or any class thereof;

(b) prescribing the fee that the judge or other person examining is entitled to receive from a person examined or re-examined under section 2; 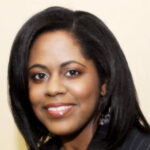